Mar. 29 Artists Comments Off on AB-HINC Multi-disciplinary working artist from Graz, Austria. Active in the areas of sound, vision, space and the fields inbetween.
Started 1995 as a DJ and producer of dark, atmospheric and experimental electronic music under various monikers. 1997 first vinyl release “Farkhülse Fist” under the synonym AB-HINC on Widerstand Records. Since 2011 contributions to various remix releases under the synonym OPCION. Current member of the Interpenetration DJ Team. DJ sets and live acts at selected festivals, events, and concerts, such as Elevate Festival, Interpenetration Festival, Steirischer Herbst, SAKRA!, KLUB MOOZAK and Ars Electronica Festival. Eiterherd from Graz, Austria, has been a music producer since 1993. In 1996 he founded “Widerstand Records“, a Graz-based record label for experimental electronic music. As a music producer he released several records on Austrian and international labels, most notably his debut album “1984 vs. 1999” (Widerstand/Praxis, 1999).

He conceived and programmed the online community g24.at (2002), the discourse and music event series, Exit Space (2003-2005), and the monthly documentary film series agit.DOC at Forum Stadtpark, Graz (since 2006).

He is one of the founders of the Elevate Festival, which he has organized since 2005 and is particularly interested in the interfaces between technology, media and critical discourse.

Eiterherd has played live-sets all over Europe and has toured the US, Australia and New Zealand. The picture taken in front of the World Trade Center in New York City was taken on September 7th 2001. Eiterherd flew out of NYC on September 10th after touring the US with the french PeaceOff crew. Since then he has been running the widerstand.org community site and has blogged extensively on political issues as well as music, media and technology.

Since 2005 his main focus is on the Elevate Festival in Graz, Austria. He is the co-founder and nowadays responsible for the discourse and documentary film program of the festival.

Feb. 28 Artists Comments Off on FANNY

Winnipeg producer and Scottish expatriate Fanny began his musical career twenty years ago in the deconstructed rubble of the British punk rock explosion. Playing guitar for countless Edinburough bands fusing everything from the banshees to def jam, stravinsky to pfunk, fanny’s exploits brought him to the attention of local punk rock legends The Exploited, whom he joined in 1993. Frasier toured Europe and south America as the guitar player of the exploited and is featured as “the human bone” on the Live In Buenos Ares concert tape. He also co-wrote and recorded the “Beat the Bastards” lp but subsequently quit the band before the album could be released. Wattie replaced him in the credits with his unborn baby son. That’s punk for ya! Frasier left Scotland to join Canadian funk rock icons Bootsauce and moved to Montreal shortly after. Despite their numerous gold records, incessant touring and a hardcore loyal following, Bootsauce was a star struck band, doomed by an inept record label. When they folded, Frasier found himself in Winnipeg, of all places, with a new musical ambition and vision. Having tired of guitars and rock clichés, fanny returned to his sampler experiments that he first began in the eighties. Trading in his guitars for synths and a PC, Frasier was freed at last to fully explore his musical ideas. The result was “Come and get it up yer,” a limited release cd of Fanny’s raucous booty house. not long after, Frasier met Aaron funk, aka Venetian Snares, and the affect of his music was enormous. Frasier found a new playground and began pushing his material in bold and often ridiculous directions. Weekend trips to Wisconsin and the legendary barn parties in east troy further seeded his ambitions. It was there that he caught the attention of Zod record boss Destro and Widerstand kingpin Eiterherd from Austria and plans were quickly made to release his new tracks. Collaborating with his small black dog puff, squealing under his chair, Frasier went on an intense writing binge in an effort to develop a new and original music. Important to him also, is having something to say with his music, be it an emotional impression or a concrete idea. As a result, his music stands out in the anonymous electronic world for his personality, wit and humor.

All style producer from Hamburg, Germany.
Born 1980, Low Entropy started producing music in 1997. He has produced in a lot of electronic styles, ranging from breakcore to noize and from acidcore to dark ambient. What he is known for is that he incorporates very ambient/soundtrack-like sounds in his hard electronic tracks.
After a five year break he is now back in the hard scene again.

Amtrak, I Am Ape 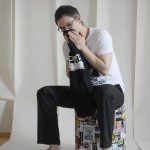 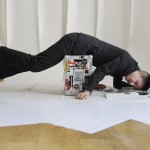 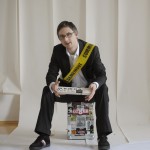 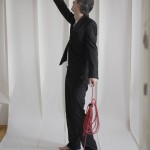 Feb. 27 Artists Comments Off on THE BERZERKER

“The Berzerker is about musically fulfilling the statement ‘he who makes a beast of himself, is free from the pain of being a man’ The Berzerker is the most natural form of extremity known on this planet.”

The Berzerker is an Industrial Death Metal artist from Melbourne, Australia. Specializing in Speed, Intensity and aggression. The wall of noise produced by the band encompasses very untraditional drums sound supplied in the form of distorted 909 kick drums, and industrial sound scapes with general destructive elements used to enhance sonic assault. With twin vocal attacks and machine gun vocals rhythms the band stop at nothing to express their hatred on humanity.

The Berzerker was created as a solo studio project in 1995 and went on to release various EP’s on labels such as Industrial Strength (USA), Speedcore (GERMANY)and Widerstand (AUSTRIA). 1998 saw the initial contact with Earache Records (UK) with the re-mixes of the Morbid Angel tracks Day of Suffering, Abominations and The Ancient Ones.
The Berzerker was offered a contract with Earache Records for a number of full-length albums shortly afterwards, and in 2000 the Self-Titled album was released and the live act was born.

The bands first film clip for the track “Reality” was banned by the ITC (independent television commission) and MTV due to excessive strobe lighting and horrific images, including the appearance of the band.

In early 2001 the band headed off on a successful 27 show tour of the USA and Canada.

And in 2002/03 the band embarked on a World Tour to support their album Dissimulate this saw over 100 shows played across Australia, USA, Canada, UK, Germany, Denmark, Holland, Belgium, and many more. They did full month long tours with bands such as toured with such bands as Nile, Napalm Death, Strapping Young Lad, Vader, Immolation and many more…

theberzerker.com
THE BERZERKER on Discogs

Feb. 27 Artists Comments Off on GWAL

Feb. 27 Artists Comments Off on POSTCORE